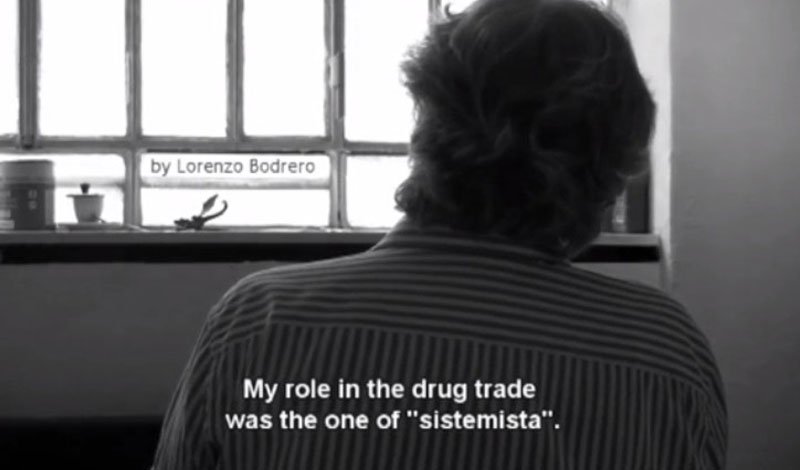 El Viejo, undercover voice of the international best selling book I am the Market by Luca Rastello, claims he turned the transportation of cocaine cargos upside down in the 1980s. He is believed to have crucially contributed to the unprecedented spread of cocaine in the European market, turning the “white powder” from a classy drug to one available for mass distribution.

Captured in 1994 and sentenced to 17 years in high security prisons for international drug trafficking, El Viejo managed the logistics of cocaine cargos from production to delivery sites, trafficking cocaine by the tons. With estimated profits of US $35 billion in North America in 2009 alone, cocaine trafficking is the single largest source of revenue for transnational organized crime syndicates worldwide. A theologian, fluent in four languages plus Greek and Latin, holder of two B.A.s and a Master’s degree, El Viejo represents an essential figure in the operations of a modern cocaine broker.

El Viejo’s back faces the camera during the entire interview and his voice was altered in post-production for security reasons.