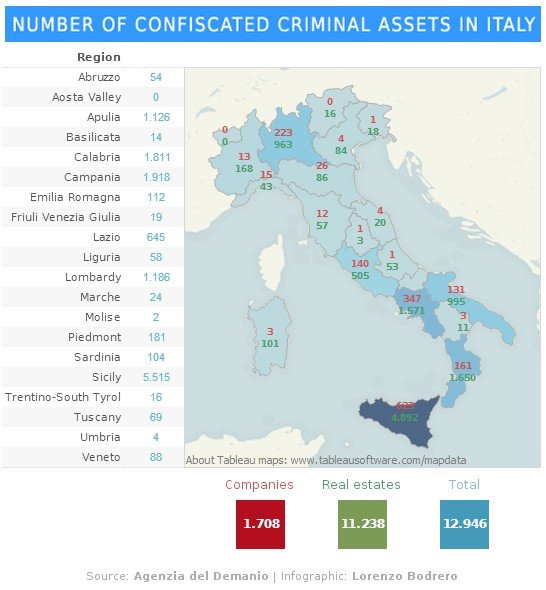 With 631 votes in favor, 19 against, and 25 abstentions, the series of rules passed as part of a wider EU strategy to combat organized crime.

The directive enables authorities to confiscate criminal assets—even when a criminal conviction is not possible because a suspect is ill or a fugitive.  It also allows authorities to freeze or confiscate assets from third parties who acquired them and “knew or should have known” that the transfer was completed to evade confiscation.

Finally, the Directive recommends that confiscated assets should be used for “public interest or social purposes.”

Pending approval from the Council of Europe, which is expected in the coming weeks according to RTTnews, member states will then have 30 months to incorporate the directive into their national laws.

In a press release issued in March of last year, the European Commission said that in 2009, criminal proceeds accounted for an estimated 3.6 percent of global GDP, or US $2.1 trillion. Most of the “dirty money” was laundered and reinvested into the legal economy, with less than one percent of criminal proceeds being confiscated.

The approval of the directive represents a victory for Italian civil groups and members of the European Parliament who have long lobbied for the confiscation of criminal assets.

In 1982, Italy’s “Rognoni-La Torre” law made mafia affiliation illegal and c allowed courts to confiscate assets from those convicted of being associated with organized crime.

Pio La Torre, a former Italian Communist Party leader who drafted the law, was believed to be killed by the Sicilian mafia as revenge for his efforts.

In the mid ’90s, Italy also approved a law that allowed confiscated assets to be given to civil society groups. To date, nearly 700 former mafia properties are now used for community-oriented projects.