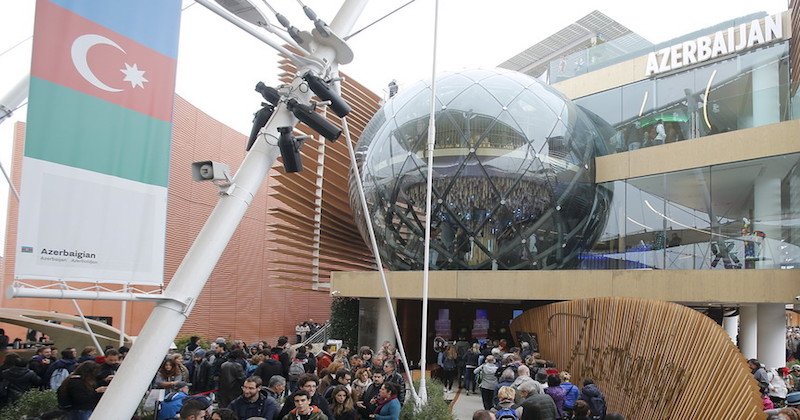 Mehriban Aliyeva is lobbying to host an international festival called the World Expo in Baku in 2025. If successful, Azerbaijan will spend billions of dollars to construct a venue to host the six-month-long festival – a series of parks and pavillions on the Absheron peninsula which are meant to be a substantial extension of the capital. Azerbaijan’s diplomatic corps is lobbying around the world in support of the Vice President’s plan. Baku has stiff competition from Osaka and Yekaterinburg, but anything could happen. Organizers will visit Baku 17-19 April to evaluate Azerbaijan’s bid, whose fate will then be decided by a vote among 170 countries in Paris in November.

Azerbaijan first announced intentions to compete back in 2015, at that year’s Expo in Milan. To find out what it’s like to host an Expo, Meydan TV turned to Lorenzo Bagnoli and Luca Rinaldi, investigative journalists who co-authored a book about Milan’s experience. During the campaign for their bid, Italy spent millions to try to buy votes from developing countries. The preparations for the event were marred by corruption scandals involving the mafia, and the benefits in infrastructure which were promised are still not complete and may prove unsustainable.

If Baku hosts Expo 2025, will Mehriban Aliyeva and her team be more successful than the organizers in Milan? Azerbaijan’s track record would suggest that this is unlikely.