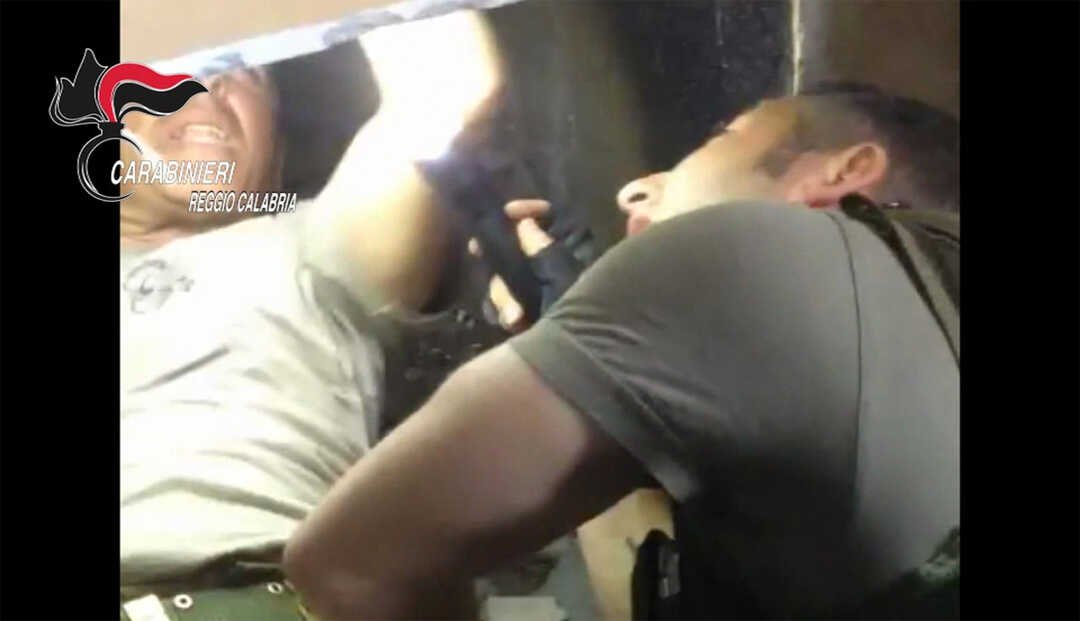 After sitting quietly in the same position during the five-hour police search of his Calabrian home, Giuseppe Giorgi had to move his body that grew stiff.

The cracking sound he made revealed his hideout and investigators who were knocking down the walls, turned their hammers toward the fireplace.

“U Capra” – or “the Goat” – had escaped arrest after being sentenced in 1994 to a jail term of 28 years and eight months for international drug trafficking. Authorities thought for long he was hiding in Germany or Latin America.

But as investigators hammered out a few bricks behind the fireplace at his house in his birthplace of San Luca, Calabria, the 56 year-old climbed out of his secret bunker and shook the hand of an officer for a job well done in finding him.

‘U Capra’ was the most important drug lord for the family Romeo alias Staccu of San Luca, a tiny Calabrian village but a ‘ndrangheta stronghold.

The Giorgi family of San Luca is dedicated to cocaine trafficking from Latin America to Northern Europe and has strong contacts with Colombian cartels as well as cells in The Netherlands and Germany.

It is well connected with other famous ‘ndrangheta clans rooted in Northern Europe, particularly in Duisburg, Germany, where they own bars and hotels and where cocaine is distributed throughout Germany after it arrives from the ports of Rotterdam and Antwerp.

Giorgi was among the most wanted fugitives in Italy. Former mafiosi who after their arrest started collaborating with the police, claimed Giorgi was involved also in arms trafficking and illegal disposal of toxic and radioactive waste.

Ships loaded with hazardous waste were allegedly sunk with dynamite off the Italian coast.

This article was published on OCCRP website on June 2, 2017.