US indicts Massimo Romagnoli for selling guns to Colombian rebels 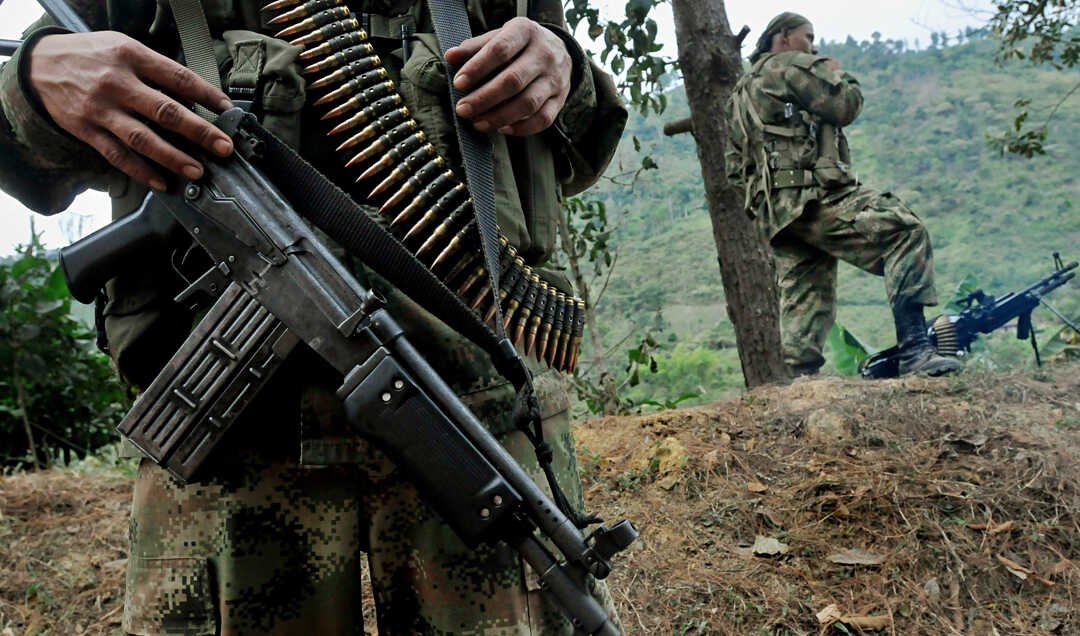 by Cecilia Anesi and Giulio Rubino

Two Romanians and a former Italian member of Parliament living in Greece have been arrested on charges that they conspired to sell machine guns and anti-aircraft weapons to Colombian rebels for use against American law enforcement agents battling the drug trade.

Massimo Romagnoli, 43, a Sicilian politician who served in the lower house of Parliament for the political party Forza Italia, was arrested in the Montenegrin capital of Podgorica on Dec. 16. The previous day, Romanians Cristian Vintila, 44, and Virgil Flaviu Georgescu, 42, were arrested in Podgorica in the same case, according to Preet Bhahara, the US Attorney for the Southern District of New York.

Bhahara said the trio “attempted to sell military-grade weapons, from pistols to rocket launchers, to people they believed were associated with a terrorist group,” which he identified as the Fuerzas Armadas Revolucionarias de Colombia, or FARC.

According to the indictment, the three met with the potential buyers on Oct. 8 in Tivat, a coastal town in Montenegro, where the sellers displayed catalogues of weaponry, which they said would be shipped to an African country from which the buyers could arrange transport to Colombia.

In fact, the men were negotiating with undercover agents of the US Drug Enforcement Administration, according to the indictment unsealed in Manhattan federal court. The indictment says Vintila and Georgescu, would provide weapons while Romagnoli would provide the fake certificates for the weaponry.

According to research by reporters for the Investigative Reporting Project Italy and RISE Romania, Vintila is a former advisor and business partner of Viorel Hrebenciuc, a member of the Romanian Parliament and one of the most influential political leaders in that country. A member of the Social Democratic Party, he was arrested in October 2014 for corruption.

The US indictment states Romagnoli and the two Romanians made the deal with the undercover agents “with the understanding that the weapons would go to the FARC to by used by the FARC against the United States.”

Reuters quotes US prosecutors as saying FARC is the world’s largest supplier of cocaine, and that its members have kidnapped and murdered Americans as retaliation for US involvement in Colombia’s crackdown on the cocaine trade.

All three suspects are charged with conspiracy to kill US agents and conspiracy to provide resources or support to a terrorist organization. The first charge carries a maximum sentence of life in prison; the second a maximum of 15 years in prison.