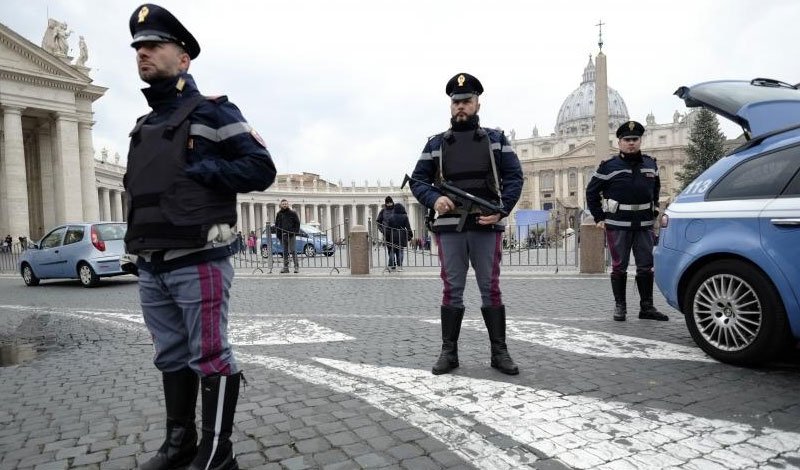 Italian police have arrested 44 people suspected of involvement in an underworld scheme that rigged tenders and skimmed off huge sums of money from public works contracts, including tenders aimed at helping a recent influx of refugees to the country. 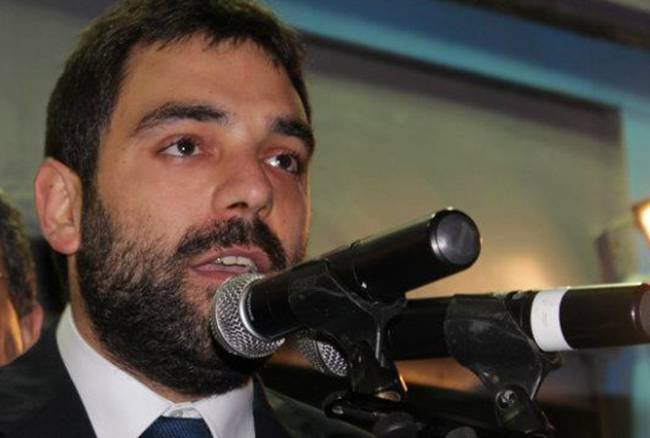 Among those arrested Thursday morning were well-known names from both the left and right of Italian politics, including Luca Gramazio (in the picture above), a politician for Silvio Berlusconi’s Forza Italia party, who is accused of serving as a link between the public administration and a Mafia group allegedly associated with Massimo Carminati and Salvatore Buzzi, both now in detention pending trial.

Thursday’s action was the second phase of police operation Mondo di Mezzo (“Middle World”), which saw alleged mob leader Carminati arrested in December along with 36 others. But in the Italian press, the initiative is known as “Mafia Capitale”.

As in the first stage of the investigation, the core business of the group appears to have been the diversion of public funds.

According to Flavia Costantini, the judge who signed Thursday’s arrest warrants: “There is a Mafia-like structure that builds a connection between the underworld, politicians, and local civil servants and businessmen”.

Prosecutors say Carminati’s group placed his men in key positions in Rome’s municipality and the central state administration to arrange for tenders for refugee and immigrant centers to be passed to those who bribed them. Immigration centers are a hot topic in the country, since 170,000 refugees arrived on Italian shores in 2014 alone. 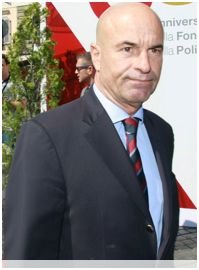 One of those arrested was Luca Odevaine (in the picture on the left), a Democrat and right-hand man of former mayor of Rome Walter Veltroni, who allegedly received € 10,000 per month to favor Carminati and Buzzi’s group by preferentially influencing decisions of the National Table for Emergency on Migration Policies, on which he sits.

In April 2014, Odevaine is said to have helped a Catholic co-operative, “La Cascina”, to win the tender for the biggest reception center for migrants in Europe in Mineo, Sicily – a business worth € 100 million a year. According to prosecutors, after the deal was done, Odevaine demanded double his original price – € 20,000.

Other well-known politicians among the arrested were Mirko Coratti, a Democrat and former president of Rome’s Municipal Assembly, who allegedly received € 10,000 from Carminati’s clan as well as the promise of another € 150,000.

And Giordano Tredicine, a member of Forza Italia, who comes from a Roman family already controversial for its business deals, was ordered under house arrest, accused of repeatedly accepting bribes from the group.

Also detained was the commissioner for House policies of the Rome Municipality, Democrat Daniele Ozzimo, who stepped back from politics after the first phase of “Mafia Capitale” in December.

The arrest warrants suggest an expansive system that controlled the main public tenders in Rome in every sector: from cleaning the beaches in Ostia to managing camps for Roma and managing services provided by the national health system. On a state level, the group appears to have been most adept at diverting cash meant for the care of refugees and migrants.

But the scope and power of the criminal group could stretch even further. According to police documents, the former mayor of Rome, Gianni Almenanno (who has not been arrested), had asked Buzzi for help getting votes for the European elections of May 2014.

The second phase of Mafia Capitale seems to constitute a fresh tsunami for Italian politics. Opposition parties have demanded the resignation of the local government in Rome Municipality, led by Democrat Ignazio Marino (who has not been arrested).

Yesterday, the Democratic Party held an emergency meeting to discuss possible consequences of the investigation.

The prosecutor who led the operation, Giuseppe Pignatone, and his colleagues Michele Prestipino, Luca Tescaroli, Giuseppe Cascini and Paolo Ielo, had no comment for journalists, apart from to say: “Everyone steals in Rome.”