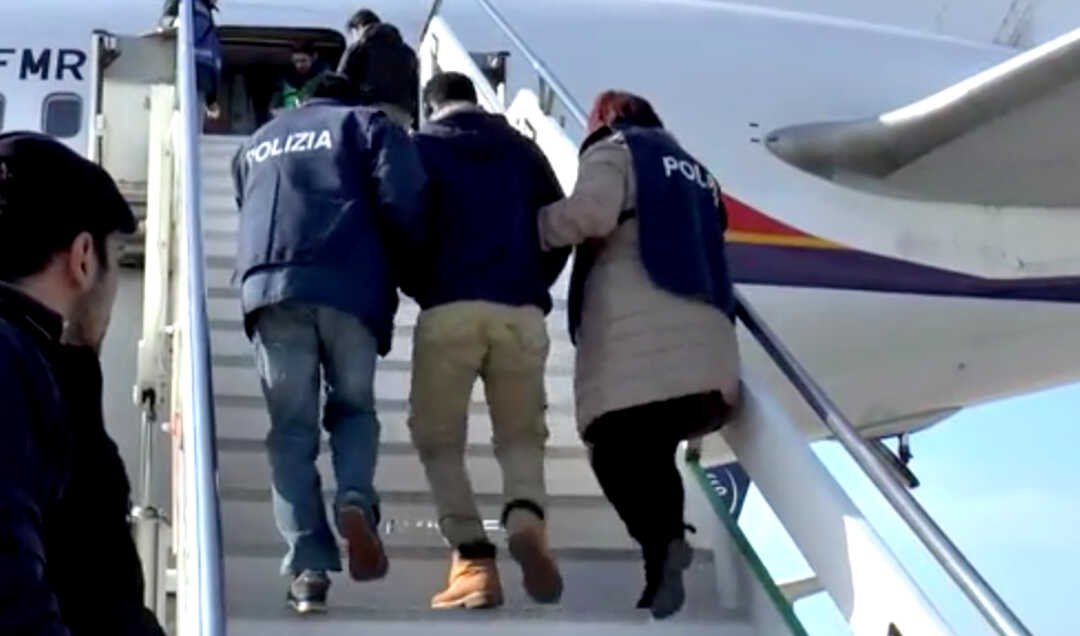 by Lorenzo Bagnoli and Matteo Civillini

The EU is spending millions forcibly sending people back to their home countries with one case costing up to €90,000 per head.

An EUobserver probe of some 100 joint return flights coordinated by the EU’s border agency, Frontex, has revealed some startling facts.

Frontex, the EU’s border agency, has played a more substantial role in returning migrants after its rebranding in October 2016. (Photo: europarl.europa.eu)

The researched cases date from the start of 2015 to October 2016, with the numbers indicating huge costs for returning the thousands of migrants residing in European countries.

It has been calculated that, on average, the agency has spent around €5,800 for every individual deported back to their country of origin. Over 4,700 have left under the scheme.

The average cost is a rough estimate, as prices vary wildly depending on factors such as the destination of the flight, its route, or the number of escort personnel needed.

Deporting an Albanian from Germany may cost around a thousand euros, whereas forced returns to Nigeria may run up to €9,000.

A spokesperson at the Warsaw-based agency explained that sudden price hikes were also linked to “unexpected circumstances.”

“When return operations might be planned and approved, sudden unexpected circumstances may lead to last-minute changes like returnees absconding, changed medical conditions, new asylum claims or other legal challenges.”

In some extreme cases, costs can spiral out of control, raising serious concerns over the efficiency of the procedures.

Last May, Swiss authorities asked Frontex to arrange a flight to deport four Togolese citizens and one from Benin back to their home countries. 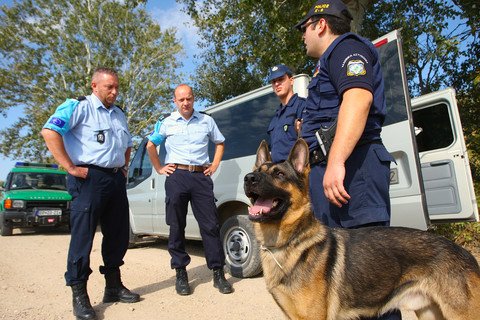 Frontex, the EU’s border agency, has played a more substantial role in returning migrants after its rebranding in October 2016. (Photo: europarl.europa.eu)

But, for reasons unknown, they were all removed from the passengers list just before departure. As a result, the flight was re-routed and took off with only two Togolese nationals, who were expelled from Germany, joined by 13 guards.

The agency has so far spent over €16 million between January and April of this year alone.

Frontex says each situation is analysed on a case-by-case basis and that possible alternatives might be available. They also note that the individual circumstances of every request, as well as the “needs in the respective member state”, have to be considered.

Tip of the iceberg

However, these large sums of money might just be the tip of the iceberg, according to Franck Duvell, a senior researcher at the Centre on Migration, Policy and Society of the University of Oxford.

Since return flights are often jointly financed by member states and Frontex, it is difficult to know the exact cost of each trip.

“To this [flight expenses] we also need to add the national costs for detention – where applicable – arranging documents etc., so the total costs would be significantly more,” Duvell told EUobserver.

He added that: “In comparison, in Germany a refugee costs about €12,000 a year, in Southern countries it would be even less. Hence, a deportation cost probably roughly as much as catering for a person for one year.”

The EU institutions should instead invest their financial resources more wisely, Duvell suggests. Rather than powering ahead with an apparent quick-fix like deportations, there should be a focus on integration, which could be more beneficial in the long-term.

“Funds [for forced returns] have a purely repressive purpose. They neither change behaviour nor the root causes that bring it about,” said Duvell.

“In contrast, money that is spent on things such as education, training, micro-credits for businesses and re-integration goes towards constructive means and it is thus more likely to be spent sustainably,” he noted.

The European institutions, however, seem to have a very different view of the issue. In fact, despite their massive costs, forced returns are increasingly being seen as one of the top options to ease migration pressures.

Earlier in March, Frans Timmermans, vice-president of the European Commission, told a press conference that returns need to be sped up.

“It is now time to improve our internal procedures and make sure that all persons who do not need international protection are returned humanely and swiftly,” he said.

Italy, the main gateway to Europe alongside Greece, has been making efforts.

In 2016, an average of 12 people were sent back to their country of origin everyday. But Italy hosts an estimated 160,000 people stuck in legal limbo with no asylum rights.

Italy’s centre-left interior minister, Marco Minniti, has made it one of his top priorities to send them packing. He recently went to Tunisia and Libya to clinch bilateral deals to organise deportations.

“We must work to repatriate to their country of origin those who are beyond the laws, who break the rules”, he said in late January.

Aside from the broader issues of sending people to Libya – a war-torn country, largely run by armed militia groups – Minniti’s words still echoed sentiments that are now widely shared across national and EU institutions.

In March, the European Commission presented a set of new measures, calling once again on member states to “ensure swift return procedures and substantially increase the rate of return”.

The initiatives included: shorter appeal periods against return decisions, an increased use of detention and, crucially, a much heavier involvement of Frontex, now also known as the European Border and Coast Guard Agency (EBCG), in all phases of the deportations.

In fact, while the majority of returns are still operated independently by individual countries, the border agency has been playing an increasingly substantial role since its rebranding in October 2016.

Naturally, with a bigger role comes a larger pot of money.

Frontex had spent some €11.4 million on joint returns in 2015, which almost tripled the following year, with over €66.5 million now being devoted to the operations.

The impact of the more powerful agency’s stronger mandate is already being felt. The number of return flights in which it played a part is skyrocketing.

Data released to EUobserver shows that since January 2017, it has already organised 100 forced return flights with a total of 4,704 returnees on-board.

As a stark contrast, the agency’s weaker predecessor, Frontex, had only deported 3,565 people on just 66 operations throughout the whole of 2015, while last year it organised 232 flights of over 10,000 people.

EU states that want to arrange a removal flight first inform the agency, which then forwards the request to all member states, inviting them to ‘reserve’ seats according to their needs.

At this point, the agency evaluates the plan and decides how much money to allocate to each participating country.

An aircraft is then chartered from a commercial company, bureaucratic formalities are processed, and the flight is scheduled.

Following thorough checks, the returnees board the plane, with each of them being seated next to escort personnel – either police staff or private contractors.

On average, there are three escort personnel on-board for each returnee, although this may vary depending on risk assessments drawn up by participating countries. The passengers’ list is then completed by medical staff, interpreters and, on some flights, independent monitors.

The variable number of guards is far from being the only difference in the way member states enforce deportations.

“This happens because on every flight organised and financed by Frontex, more regulations apply at the same time: the one of Frontex and those of national authorities,” Mauro Palma, the Italian ombudsman, told EUobserver.

On joint return flights this becomes particularly tricky: for instance, returnees expelled from one state may be travelling with their hands bound, while the others are sitting just a few metres away and are able to move relatively freely.

Such discrepancies in treatment are likely to “create tensions and misunderstandings and have discriminatory effects on whoever is subject to tougher security measures,” said the Italian ombudsman’s office in its latest report.

In addition to the differing costs and mixed standards, in some cases, return flights may have been operated in direct breach of human rights provisions.

Salvatore Fachile, an Italian lawyer specialised in migration issues, said that “Lawyers can’t do much before a forced return flight. Sometimes they don’t even have any chance to meet their clients”.

Fachile has been dealing with several cases of mass forced returns.

Last September, he travelled to Khartoum to check on the status of Sudanese citizens who, one month earlier, had been deported from Italy on a flight financed by Frontex.

The decision was supposedly taken in an attempt to relieve migratory pressures, which left hundreds of migrants stranded at Italy’s northern borders.

Sudanese nationals were no casual target: in fact, the Italian police had just reached a memorandum of understating with the eastern African country – and the process of repatriation represented a cornerstone of this agreement.

The agreement had drawn loud criticism from civil society, but Italian authorities seemed eager to put it into effect only a few weeks after signing it.

Forty-eight Sudanese migrants were rounded up from Ventimiglia, an Italian town on the French border, to be returned. But eight of them physically opposed the police and succeeded in staying in Italy.

They would eventually gain refugee status in the country.

Nothing made them different – legally speaking – from the ones deported back to Sudan: everybody originally came from Darfur, a war zone, and they were all eligible for asylum. That’s why five of the 40 repatriated individuals are now appealing to the European Court of Human Rights, assisted by Fachile.

This article was published on EuObserver on May  5, 2017.