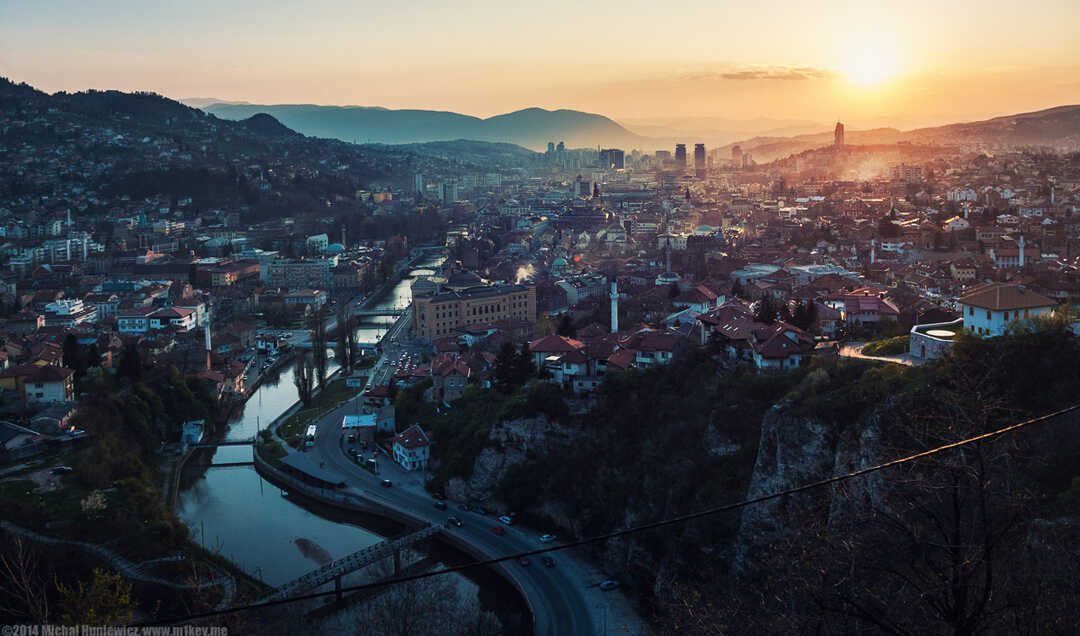 “We were not accountable to anyone except the state. After the war they should have killed us all, invented a trap, a parade, an occasion to eliminate us. Because they made us 300 beasts”.

Milenko Lakić, aka Laki, former “red beret” in Bijeljina, was talking about the old days with the paramilitary group of Milorad Ulemek Luković, which later became the Special Operations Unit of the Serbian Government (JSO). He was discussing with his cell-mate in Mostar, unaware of being recorded by the SIPA, the State Investigation Agency of Bosnia and Herzegovina.

It was November 2011. Lakić had been arrested a year earlier as associated with the criminal group of Zijad Turković, accused of murder and participation in the theft of 2 million and a half marks at Sarajevo airport. Lakić came from Luković’s military formation “Legija”, responsible for the murder of Serbian Prime Minister Zoran Đinđić. He became a killer”. All men are potential killers, the difference is that I have learned to kill – he told his cell-mate. Know that rumour? If you cannot kill someone, you have to call Kalinić [Sretko Kalinić of the Zemun clan, sentenced to 40 years for the murder of Đinđić ed.] or Lakić”.

These are just some of the stories that are emerging in the trial of Turković, alleged leader of a criminal group in Sarajevo. And Lakić is, after all, basically no one – an executor, and a heroin addict on top of that, who said he worked with Zijad Turković as well as with Darko Šarić and Sreten Jocić (Joca Amsterdam). Laki’s chilling story is only a small fragment of Bosnia and Herzegovina’s complicated criminal milieu. Today, some of the trials against organized crime and some SIPA operations are bringing to light important plots, but the investigation and judicial systems still suffer from obvious weaknesses.

Meanwhile, Bosnia and Herzegovina remains a focal point for all kinds of illegal trafficking that go through the Balkans, primarily heroin from Afghanistan coming in from the Sandžak region or Montenegro and marijuana coming both from Afghanistan and Albania.

Every week, according to the research of the Sarajevo Center for Investigative Journalism, 20-30 kilos of heroin leave the Serbian Sandžak for Sarajevo, and all major criminal groups have connections with the Bosnian capital. Afghan heroin arrives in Bosnia through Peć/Peja (Kosovo), Novi Pazar (Serbia), and Rožaje (Montenegro). Lately, as recounted by eyewitnesses in the Turković trial, even cocaine, thanks to the “offices” of Darko Šarić, powerful Montenegrin narco-boss still at large.

The trial against Zijad Turković, ending this week in Sarajevo, tells part of the events related to Sarajevo’s criminal world. Turković is accused of being the leader of a criminal organization and, along with other indicted (including Lakić), of a range of crimes including racketeering, cocaine trafficking, murder, attempted murder, money laundering, and aggravated robbery. Turković is Bosnian, while his partners, also indicted, are Serbian or Croatian citizens, with criminal acts performed in several Western Balkan countries. The prosecution asked for 45 years of imprisonment for the alleged head of the criminal group, and for the maximum sentence for others.

Turković’s criminal network was mainly uncovered thanks to repentant Isljam Kalender. Together with his right arm Saša Stijepanović, Kalender says, Turković ran the trafficking of cocaine and heroin, hidden and transported in a BMW. The drug was bought in Montenegro and Bijeljina, cut in Sarajevo, packaged, and resold. Stijepanović, equipped with a Croatian passport, could enter Western Europe without a visa and act as a courier.

In 2007, the group organised the big hit, a robbery at the Cargo Center of Sarajevo’s airport. Thanks to an internal accomplice, dressed as special police units, Turković’s men managed to steal 2.5 million marks. With his 250,000 Euros Turković bought a company in Macedonia in the process of privatization. A classic of recycling in the Balkans. The remainder, about one million Euros, allegedly ended up in the hands of not yet identified Serbian partners.

Turković and his accomplices are charged with 5 murders and the attempted murder of Naser Kelmendi and his son Elvis. The attempted murder of Kelmendi is the only accusation for which he pleads guilty. “I got the order by Fahrudin Radončić”, said Turković during the trial, “and I feel guilty because I took the money and I did not do the job”.

Kelmendi, controversial businessman of Kosovar origin, arrested last May and regarded by investigators as the real Al Capone in the Balkans and in Kosovo, had become over the years a bitter rival of Turković’s.

A few months before being indicted in the anti-mafia operation “Lutka” [doll] and taking to the bush in September 2012, Kelmendi did his duty of citizen and testified against Turković (video), talking about how he was introduced to Turković by his close friend and fellow Muhammed Ali Gaši (sentenced to 20 years for organised crime, extortion, and attempted murder).

Kelmendi says he was representative of some brands of cigarettes in Kosovo, which elicits a smile if considering how, according to the Serbian police and as reported by B92, Kelmendi made his money by smuggling cigarettes and then financed the KLA. Finally, he tells how three times Turković tried and failed to kill him, one at the Radon Plaza hotel, owned by politician Radončić, where he was celebrating the wedding of his son Elvis.

Fahrudin Radončić – owner of the Sarajevo newspaper Dnevni Avaz, president of the “Party for a better future”, and Security Minister – comes out clean despite the many links with Naser Kelmendi, now considered the most powerful drug trafficker in the Balkans. Between the two there was at least an exchange of money (€ 100,000), a real estate in Zenica, the use of his Grand Cherokee, and frequent meetings. Radončić explains they had contacts before Kelmendi became “controversial”.

A role in the story is also played by Selja Jugo-Turković, wife of Zijad, for many years a journalist at Dnevni Avazand Alpha TV. The woman, who now writes for the tabloid Express, has long argued that the husband is under trial to cover the misdeeds of others, especially of Radončić and Kelmendi, who would have planned the murder of Ramiz Delalić “Ćelo” in 2007 (to date the main accusation against Kelmendi).

So, is the field divided between Albanians and non-Albanians? Not just that – the Turković trial also uncovered groups acting in East Sarajevo, more or less in agreement with Turković or Kelmendi. Darko Elez, now imprisoned in Sremska Mitrovica (Serbia), is accused of being the head of a criminal group engaged in drug trafficking and murder. According to Serbian media, the group intended to take the place of Sretko Kalinić and the rest of the “old guard”, now in prison for the murder of Croatian journalist Ivo Pukanić.

From Serbia, Elez appeared on video-conference at Turković’s trial and told how the latter had contacted him for the robbery at the Cargo Center in Sarajevo but he had refused. After that, he came to know that the robbery was to be attributed to him through the influence of Turković’s wife as a journalist. Moreover, he himself would have been Lakić’s target to be “liquidated”, together with other “friends of his” in Sarajevo. Elez said Turković was in business with Šarić for selling cocaine in Bosnia and Herzegovina and even asked the Montenegrin (still at large) to do him the favour of killing Elez in Belgrade.

Meanwhile, during the operation “Lutka”, the SIPA has come to investigate and the prosecutor to open criminal charges against Elez and 30 other members of his group for organized criminal activities including extortion, robbery, and acts of violence carried out in in Lukavica, a small town east of Sarajevo with a Serb majority, from 2004 onwards.

But even among the “good guys” of East Sarajevo there are rivalries. Among the charges against Elez there is also the attempted murder of Đorđe Ždrale, other criminal figure, famous for being one of those who collected money for absconded Karadžić, and above all other known murderer who is serving 20 years in prison for the murder of Ljubiša Savić known as Mauzer, former chief of police of Republika Srpska and former commander of the Panthers unit of the Bosnian-Serbian army. Mauzer was killed by Ždrale while the latter was on leave from serving another sentence for a previous murder.

With the arrest of Kelmendi last May, however, it seems that the big fish have been taken. What is lacking is the level of politics, big business, and institutions. Who protected Kelmendi? Who defended Ždrale and Elez? These are all questions that may be answered in a Kelmendi trial, but the extradition still seems far away. For now, “the leader of drug trafficking in the Balkans” remains in Kosovo. The Pristina court, following a request from the EULEX attorney, extended Kelmendi’s detention until January 7th, 2014. The answers to these questions, therefore, will have to wait.

This article was published on Osservatorio Balcani e Caucaso on November 6, 2013.