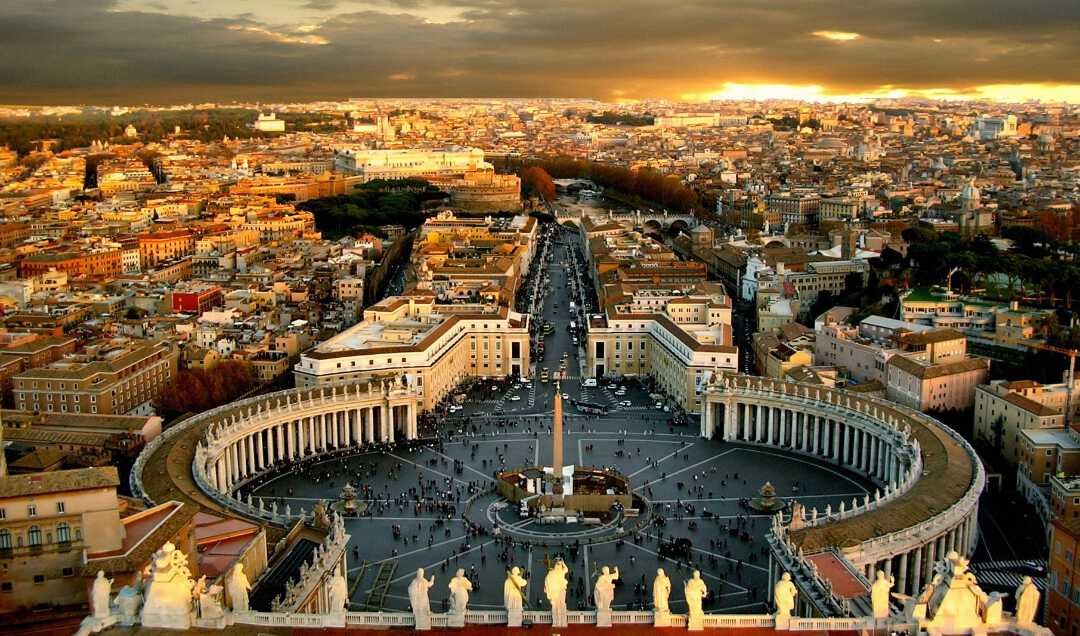 A new scandal has shaken the sacred walls of the Vatican in Rome.

Chaouqui was released shortly afterwards, but she remains under investigation. Vallejo Balda is still in custody.

The two both served on the Commission for Reference on the Organization of the Economic-Administrative Structure of the Holy See (COSEA), established by Pope Francis in 2013 and tasked with improving economic responsibility and transparency at the Vatican. They are now suspected of stealing confidential documents.

According to the Holy State’s Criminal Code, the offense is punishable by two to eight years in prison. The scandal has been dubbed VatiLeaks 2, after the first VatiLeaks in 2012, which saw a sensational leak of documents orchestrated by Pope Benedict XVI’s butler, Paolo Gabriele.

The arrests coincide with the release of two investigative books: “Via Crucis”, by Gianluigi Nuzzi and “Avarizia” by Emiliano Fittipaldi, a journalist from the weekly L’Espresso. The two books, both released on Nov. 5, shed light on the apparently carefree financial management of the church, the privileges of the clergy and other inconsistencies between the statements of simplicity and poverty of Pope Francis and the ways in which the Holy State collects – and spends – its millions.

On Wednesday, Nov. 11, the Vatican authorities announced that the two journalists have also been placed under investigation as possible accomplices in the theft and exposure of confidential documents.

The two books examine the activities of COSEA, established by Pope Francis to investigate the Vatican’s finances, but they also publish documents from probes by auditing organizations called on by the pontiff to explore the contents of the Vatican’s strongbox. Among them are the so-called accountancy “Big Four”: KPMG, PricewaterhouseCoopers, Ernst & Young, and Deloitte.

Nuzzi’s book Via Crucis (“The Way of the Cross”) features recorded conversations including Pope Francis in which he appears worried about poor spending management at the Vatican.

In a confidential letter by auditors to the Pope, matters of concern emerge.

“This lack of transparency,” says the letter, “makes it impossible to provide a clear estimate of the current financial status of the Vatican as a whole and of the individual companies that belong to it.”

According to Nuzzi, expenses at the Vatican had spun out of control. Staff recruitments were made under the pressure of recommendations rather than the real needs of the Vatican State, seeing an increase in the staff payroll in the past five years of 30 percent. Unauthorized payments were made without previous estimates, and the spending of Saint Peter’s Obolo (offerings) seemed illogical.

Saint Peter’s offerings are collected in all the churches of the world and go towards the Pope’s charitable activities. During Pope Francis’s tenure, the fund reached € 78 million (US$ 83,084,820) in one year. But only 20 percent of the cash went to charity, with part of the rest funnelled into a fund in the Vatican Banks which reached a balance of € 400 million (US$ 426,076,000). Another part went to administrative expenses and the clergy.

Another leaked conversation detailed in Nuzzi’s book reveals the Pope’s concern over Vatican finances. According to the book, in a meeting with COSEA he says he knew about a loss of € 10 million (US$ 10,651,900) in a bad investment in Switzerland.

Another major chapter of the VatiLeaks saga relates to real estate management. The Pope has chosen to live in an apartment of only 50 meters square, avoiding the official papal apartments at Saint Peter Square, where some cardinals have lived in luxurious style.

On top of the availability of rather spacious lodgings, cardinals do not have to pay any rent unless they play a role in the Roman Curia (the Vatican’s administrative arm). According to the books, the properties owned by the Holy See, mostly in Rome, are worth € 4 billion (US$ 4.26 billion).

In another chapter of Via Crucis, Nuzzi investigates another business that takes place behind the walls of the Vatican: the “saints factory”. According to surveys of Nuzzi, for a beatification (the first stage in the “making” of a saint) up to € 750,000 (US$ 798,892) can be spent. So-called postulators follow the cause of the saint and rack up expenses as they defend their cases in front of the sacred tribunal. He or she researches the saint’s miracles, spending much effort and money to build a public profile for the character in question. There are at least 100 cases per year made for beatifications.

Bertone lives in a 300-meter-square apartment in the Vatican. Avarizia reports that renovation works to the apartment costing € 200,000 (US$ 213,038) were paid by the Catholic children’s hospital in Rome, Bambin Gesù (“Infant Jesus”). The director of the hospital at the time was Giuseppe Profiti, a close friend of Bertone who said that the renovation of Bertone’s house was an investment for Bambin Gesù.

On another occasion, the hospital reportedly paid € 23,800 (US$ 25,351.52) for a helicopter ride to bring the cardinal from Rome in Basilicata for “marketing activities on behalf of the hospital”. The Catholic hospital operates under the auspices of the Italian national health system, paid for by Italian taxes, and according to Fittipaldi the hospital has secret accounts holding € 427 million (US$ 454,836,130).

The Vatican’s property does not only fall in the shadow of St Peter’s Basilica. According to Avarizia, the Apsa (the body which manages the Vatican’s real estate) is the bottomless pit of the Holy State.

Apsa controls the French real estate company Sopridex Sa which has a budget of € 46.8 million (US$ 49.8 million) and had prestigious tenants such as Francois Mitterrand and former Foreign Minister Bernard Kouchner.

The Vatican reportedly owns hundreds of apartments and shops on the Champs Elysee in the historic center of Paris, and the neighborhood of Montparnasse. In Switzerland, Apsa controls 10 Swiss companies and, through those, handles property in Switzerland and across Europe with a turnover of € 18 million (US$ 19,173,420).

Through one of the historic Swiss companies, Profima, the Vatican also controls a firm called British Grolux Investments Ltd, a vehicle for property investments linked to funds originally handed over by Mussolini in return for papal recognition of his regime.

One of the first acts of COSEA was to ask the budgets of postulators. The financial statements never arrived, leading the Pope to freeze 400 accounts of postulators and beatification cases for a total of € 40 million (US$ 42,607,600).

On Nov. 8, Pope Francis used his Angelus – the Sunday prayer given from the balcony of St Peter’s Square – to speak about VatiLeaks 2.

“Stealing is a crime,” said the Pope, “but to release those documents was a mistake. It is a deplorable act that does not help.”

“This sad fact,” he added, “certainly won’t distract me from the work of reform we are carrying out with my staff and with the support of all of you.”

Meanwhile, the Vatican press office has said that leaking and publishing the documents at issue was “a serious betrayal of trust granted by the Pope”.

Some media have commented that rather than shaking the reputation of Pope Francis, the leaks have instead underscored his role as a reformer of the Vatican’s finances.

This article was published on OCCRP website on November 17, 2015.